This groundbreaking certificate demonstrates the dramatic shift taking place as a growing number of alternative, holistic, and integrative therapies are being used to treat mental disorders. Integrative medicine emphasizes treating the mind, body, and spirit. Integrative mental health offers a new approach to treating mental disorders by applying conventional and evidence-based complementary and alternative therapies. While medication and psychotherapy can save lives, they can also be part of an integrative solution to mental health conditions. Topics covered include anxiety disorders, Alzheimer’s disease, bipolar disorders in children and adolescents, chronic pain, depression, sleep disorders, mental health and aging, substance abuse disorders and addiction, and suicide.

This certificate’s outcome is for the learner to describe various mental disorders and alternative, holistic, and integrative therapies that are being used to treat these disorders.

There are no prerequisites to take this course. No medical background is necessary.

Bipolar Disorder in Children and Adolescents: An Integrative Approach

It is sometimes difficult to determine if a child or adolescent is going through a “phase” or showing signs of a more serious psychiatric challenge such as bipolar disorder. Bipolar disorder causes unusual shifts in moods and energy. These shifts are different from the normal “ups and downs” that every child or teenager goes through from time to time. Children and adolescents with bipolar disorder can suffer from damaged relationships, substance abuse, poor school performance, and even commit suicide. However, today there are more treatment options available than ever before for children and adolescents with this disorder.

Sleep disorders are very common complaints and they include difficulty falling asleep, early awakening, and interrupted sleep. According to the Centers for Disease Control and Prevention, only one-third of adults say they get enough sleep every night. The primary types of sleep disorders, methods of diagnosing sleep conditions, conventional treatments, and integrative approaches to sleep disorders will be presented.

The enormous increase in the diverse elderly population has prompted a vital societal challenge: the design and delivery of mental health services to the older adult. Because the elderly population in the United States and globally is projected to grow rapidly, the need for geriatric mental health services will also increase dramatically. Continued intellectual, social, and physical activity throughout the life cycle are important for the maintenance of mental health in later life. This course explores the issues of mental wellness strategies for the aging adult, cultural diversity as it relates to mental health, and traditional as well as integrative therapies to support mental health in the aging population.

Depression is one of the most serious and costly health care problems facing the United States today. It is one of the most common types of mental disorders. Depression interferes with an individual’s daily life, normal functioning, and may cause emotional pain for the individual with the disorder and family and friends. Although depression is a common but serious mental illness, with treatment depressive symptoms can be alleviated.

Pain interferes with the enjoyment of life. It makes it difficult to work, socialize with friends and family, sleep, and accomplish activities of daily living. It may reduce productivity and create financial hardships in terms of lost work and high medical bills. Chronic pain can lead to a loss of appetite, depression, and physical weakness as well as a loss of the joy of life.

Alzheimer’s disease (AD) is a condition in which the concept of loss is central—the loss of one’s memories, independence, the ability to recognize loved ones, and the loss of dignity. Often referred to as “the long goodbye,” AD is the most common type of dementia, affecting millions of Americans. It is responsible for billions of dollars annually in health care costs. However, new research is providing hope for those with Alzheimer’s disease as well as for their families and caregivers.

When individuals experience a traumatic, terrifying, life-changing event or series of events, with a real or threatened risk of death, they may experience a variety of symptoms known as post-traumatic stress disorder (PTSD). Although this condition has been described throughout history, veterans groups and health-care providers have been slow to acknowledge its existence or explore the many dimensions of the disorder.

Attention deficit hyperactivity disorder (ADHD) is an increasingly common neurodevelopmental disorder of childhood. It is usually first diagnosed in childhood and often lasts into adulthood. Children with ADHD have trouble paying attention, focusing, controlling impulsive behaviors, or they may be overly active.

Individuals abuse substances for a variety of complicated reasons. Abused substances produce some form of intoxication that alters judgment, perception, attention, and/or physical control. Substance abuse impacts individuals, families, and communities across the globe. Social attitudes and political and legal responses to the abuse of substances make it an especially complicated public health issue. Prevention, early intervention, and the availability of a variety of treatment options contribute significantly to reducing the incidence and impact of substance abuse.

Suicide—taking your own life—is a tragic reaction to stressful life circumstances. Approximately 800,000 to one million people die by suicide in the world each year. This means someone commits suicide every 40 seconds. In the United States, there is one death by suicide every 12 minutes. Understanding the issues surrounding suicide and mental health is a vital step in preventing suicide, helping others in crisis, and changing the way all of us view suicide and mental health issues.
Find Out More 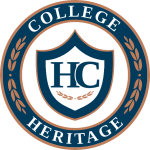